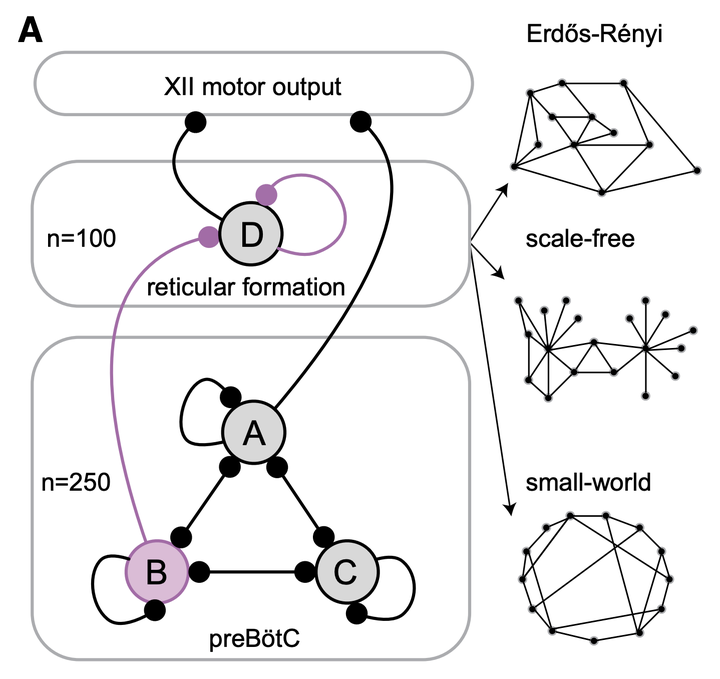 Breathing in mammals depends on rhythms that originate from the preBötzinger complex (preBötC) of the ventral medulla and a network of brainstem and spinal premotor neurons. The rhythm-generating core of the preBötC, as well as some premotor circuits, consist of interneurons derived from Dbx1-expressing precursors (Dbx1 neurons), but the structure and function of these networks remain incompletely understood. We previously developed a cell-specific detection and laser ablation system to interrogate respiratory network structure and function in a slice model of breathing that retains the preBötC, the respiratory-related hypoglossal (XII) motor nucleus and XII premotor circuits. In spontaneously rhythmic slices, cumulative ablation of Dbx1 preBötC neurons decreased XII motor output by ̃50% after ̃15 cell deletions, and then decelerated and terminated rhythmic function altogether as the tally increased to ~8̃5 neurons. In contrast, cumulatively deleting Dbx1 XII premotor neurons decreased motor output monotonically but did not affect frequency nor stop XII output regardless of the ablation tally. Here, we couple an existing preBötC model with a premotor population in several topological configurations to investigate which one may replicate the laser ablation experiments best. If the XII premotor population is a “small-world” network (rich in local connections with sparse long-range connections among constituent premotor neurons) and connected with the preBötC such that the total number of incoming synapses remains fixed, then the in silico system successfully replicates the in vitro laser ablation experiments. This study proposes a feasible configuration for circuits consisting of Dbx1-derived interneurons that generate inspiratory rhythm and motor pattern.